Telehandlers and forklifts are two large pieces of equipment that are often considered the same things in the construction industry. Yes, both the telehandler and the forklift are made to lift and move heavy objects, and while they do have similar features, they are quite different.

Of course, figuring out the differences between the telehandler and forklift may not be as easy as a first glance.

How do you know if a telehandler or forklift is right for the job at hand?

Let’s dig into these two fine pieces of construction equipment and find out!

The telehandler is a large piece of construction equipment that derives its name from the boom that is used to move the payload.

The boom typically stems from the backside of the telehandler and spins, or telescopes, when it is not completely extended. 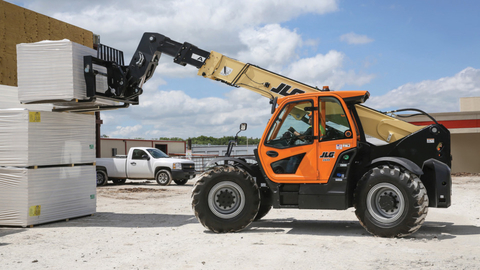 The boom possesses the ability to move and lift loads from a fully horizontal angle to around 70 degrees. A telehandler boom can also be extended and retracted up to 30 feet, though it depends on the particular model.

Telescopic handlers are a bit more versatile compared to forklifts, especially when it comes to lifting directionality. While forklifts are simply made to life loads vertically, telehandlers allow operators to lift loads forwards, backward, up, and down, all without moving the vehicle.

It is important to note that both telehandlers and forklifts are used to move heavy loads.

Forklifts, just like telehandlers, can be fitted with a wide array of additional attachments for versatility, including hooks, platforms, grabbers, and more!

A standard forklift has two large forks that extend in front, allowing it to lift and move heavy loads vertically. 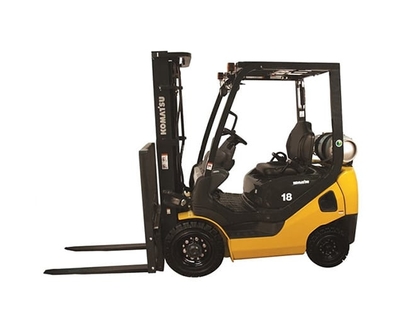 They are far more compact compared to telehandlers, which is why they are often used for work inside smaller warehouses or on docks. Their compact size makes them great for moving smaller amounts of product through narrow aisles, as well as off the back of trucks.

Telehandlers Vs. Forklifts - When To Use Each

If you are looking for the most versatile moving experience, telehandlers are the best choice. They extend the traditional forklift in terms of mobility and are able to maneuver more effectively on uneven surfaces, making them an excellent choice for work in outdoor areas or construction sites.

If you are looking for simple functionality and portability, forklifts are the best choice, They are still quite versatile, easier to use, and can be acquired for a smaller initial investment.

Still not sure how to tell the difference?

Just look at the boom! If you see a horizontal boom sticking out of the back, you are looking at a telehandler. The boom is one of the main reasons that telehandlers are often referred to as “mini cranes”.

Ready to shop for new and used forklifts and Telehandlers? To view pricing, details and quotes, click the button below: